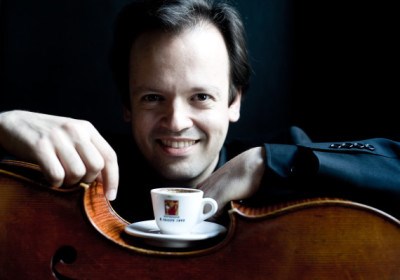 Alexander Gebert was born in 1977 in Warsaw into a family of musicians who emigrated to Finland 1980. At age five he began his cello studies at the Conservatory in Turku later studying at  the Sibelius Academy in Helsinki, the Chopin Academy in Warsaw, Conservatoire de Paris and at the Stuttgart Music Academy with Natalia Gutman.

From 2005-2012 Alexander Gebert was cellist for  more than 100 performances with the internationally acclaimed Altenberg trio in residence at the Musikverein of Vienna. Alexander Gebert regularly gives master classes throughout Europe, Asia, Russia and the USA. In 2010 he was appointed professor and artist pro rektor at The Hochschule fûr Musik in Detmold.